According to the new position of the Portuguese Tax Authority, taxpayers resident outside the EU are no longer obliged to have a tax representative if they don’t have to pay any tax in Portugal, while the obligation remains if they have a car or house in the country.

However, the appointment of a tax representative becomes mandatory if, after being attributed a NIF as a non-resident and while residing in a third country, the taxpayer becomes the subject of a tax legal relationship, namely, comes to:

– Own a vehicle and a property registered/situated in Portuguese territory;

– Enter into an employment contract in Portuguese territory;

– Have an activity as a self-employed person in Portuguese territory;

The deadline to execute the obligation to appoint a fiscal representative is 15 days, except in the case of starting a self-employed activity, since, in this situation, the appointment must be made when registering the beginning of the activity.

Failure to nominate a tax representative, when mandatory, as well as the nomination that omits the expressed acceptance by the representative, is punishable by a fine from € 75.00 to € 7,500.00, and the non-resident citizen is prevented from exercising his rights before the tax authorities, including those of complaint, appeal or challenge. 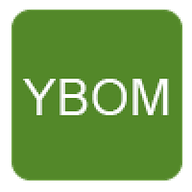